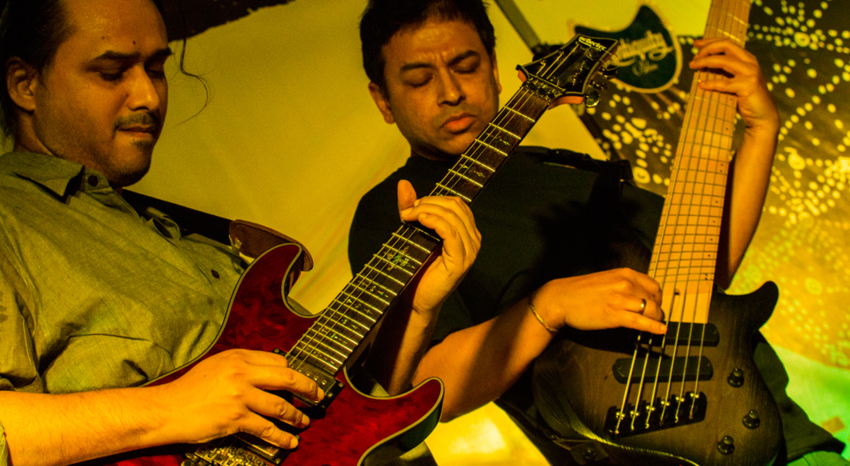 Hi. My name is Arindam Chaudhuri, and I'm from St. Neots (Cambs.). I am a bass guitarist, and no, though I love the sound, I do not play upright bass. I find the question really strange- after all would one ask a guitarist if he plays violin?

To each his/her own.

This all stems from the misconceptions around the birth of the bass guitar itself; to paraphrase Anthony Jackson, the great Leo Fender made the bass as a guitar version of the bass viol, rather than a bass version of the guitar! And, perhaps, even the term "electric" bass is a misnomer with lots of EUBs about- have a listen to the likes of Eberhard Weber, Rob Wasserman and Dave Pomeroy!! And of course, a lot of fantastic bass players who play both bass viol and bass guitar- Brian Bromberg, Stanley Clarke, Chris Minh Doky, John Patitucci... 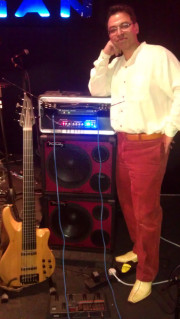 I've been in the lower frequencies for over 20- years now, starting with tuba, playing a mix of military, trad jazz and classical music (and a brief stint with tenor sax) in school, working with the Denzil Prince, multi-instrumentalist and teacher extraordinary.

I switched to bass guitar in college, and made the very early switch to 5-string in 1992, after all, this is an instrument for generating low notes, and it was, frankly, the most natural transition! I've been playing 6-string fretted and fretless basses for a few years now, but more about that later.

I enjoy playing diverse styles including rock, jazz, folk, Latin and have notably played at the Houses of Parliament, miscellaneous English folk festivals, and Glastonbury.